Hemorrhoids are common ailments. By age 50, about half of adults have had to deal with the itching, discomfort and bleeding that can signal the presence of hemorrhoids.

Fortunately, many effective options are available to treat hemorrhoids. Most people can get relief from symptoms by using home treatments and making lifestyle changes.

They’re swollen blood vessels of the rectum. The hemorrhoidal veins are located in the lowest area of the rectum and the anus. Sometimes they swell so that the vein walls become stretched, thin, and irritated when you have bowel movements.

Are Yours Internal or External?

Internal hemorrhoids lie far enough inside the rectum that you can’t see or feel them. They don’t usually hurt because there are few pain-sensing nerves in the rectum. Bleeding may be the only sign they’re there.

Sometimes internal hemorrhoids “prolapse,” or enlarge and protrude outside the anal sphincter. When this happens, you may be able to see or feel them as moist, pink pads of skin that are pinker than the surrounding area. Prolapsed hemorrhoids may hurt because the anus is dense with pain-sensing nerves. They usually go back into the rectum on their own. If they don’t, they can often be gently pushed back into place.External hemorrhoids lie within the anus. They’re usually painful. If they move, or prolapse, to the outside (usually when you have a bowel movement), you can see and feel it.

Blood clots sometimes form within prolapsed external hemorrhoids, causing a very painful condition called a thrombosis. If that happens, the hemorrhoid can turn purple or blue, and could possibly bleed. Despite its appearance, it’s usually not serious, apart from the pain. It will go away in a couple of weeks. Your doctor can remove it if the pain is unbearable.

Doctors don’t know the exact cause. Some people may be more likely to get them because they have “weak” veins, leading to hemorrhoids and other varicose veins. That may be something you inherit.

There are other possibilities, too. It’s likely that extreme abdominal pressure makes the veins swell and become likelier to get irritated. The pressure can be caused by:

Can You Prevent Hemorrhoids?

Stay hydrated. If you don’t, you may strain during a bowel movement and make hard stools, which further irritate the swollen veins. Drink water, and remember that you also get H2O from foods such as fruits and vegetables.

What Are the Treatment Options for Hemorrhoids?Treatment for hemorrhoids can occur at home or at a doctor’s office.

To minimize pain, soak in a warm tub of water for at least 10 minutes every day. You can also sit on a warm water bottle to relieve the pain of external hemorrhoids. If the pain is too much to bear, you can use an over-the-counter medicated suppository, ointment, or cream to relieve the burning and itching.

Home treatment can also include increasing your dietary fiber intake. Consuming foods that are high in dietary fiber can minimize the risk of developing hemorrhoids in the future.

Dietary fiber helps create bulk in the intestines, which softens the stool, making it easier to pass.

If you’re constipated, you can also use an over-the-counter fiber supplement to help soften your stool.

If rubber band ligation isn’t an option in your case, your doctor can inject a chemical into the blood vessel directly. This causes the hemorrhoid to reduce in size. This treatment is known as injection therapy or sclerotherapy.

In the majority of cases the patient can take some simple measures which will alleviate symptoms while the problem gets better on its own. However, medicines and even surgery may sometimes be needed.

Most hemorrhoid medicines are OTC (over-the-counter); this means you do not need a doctor’s prescription to get them. They include ointments, pads or suppositories. Such active ingredients as hydrocortisone and witch hazel are known to relieve itching and pain. These medicines should not be used for more than about seven days (unless your doctor has told you otherwise).

Your doctor may carry out a simple incision if a clot has formed around an external hemorrhoid. These incisions are usually effective. More continuous bleeding may require rubber band ligation, sclerotherapy (injection) or coagulation.

Surgery is recommended if the patient has not benefited from the simple procedures, or if the hemorrhoids are very large. In some cases the patient may go home straight after the procedure, while in others they may have to be hospitalized. Surgery may involve hemorrhoidectomy or stapling.

What you can do on your own

There are things you can do to relieve the symptoms. Bear in mind that they will not eliminate the hemorrhoids.

If your stools are always soft your chances of developing hemorrhoids are greatly reduced. You can help prevent hemorrhoids in the following ways:

Including plenty of fruits and vegetables in your diet will help keep your stools soft.
Remedy 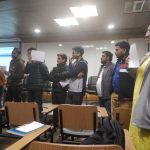 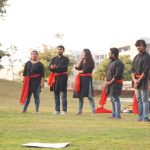 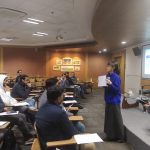 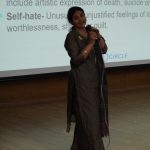 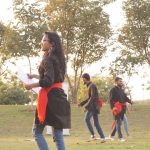 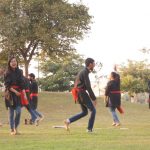