Topics Details
Control
Remedy
Topics Details
Head injuries include: Concussion, in which the brain is shaken, is the most common type of traumatic brain injury. Scalp wounds. Skull fractures.

What Is a Head Injury?

A head injury is any sort of injury to your brain, skull, or scalp. This can range from a mild bump or bruise to a traumatic brain injury. Common head injuries include concussions, skull fractures, and scalp wounds. The consequences and treatments vary greatly, depending on what caused your head injury and how severe it is.

Head injuries may be either closed or open. A closed head injury is any injury that doesn’t break your skull. An open, or penetrating, head injury is one in which something breaks your skull and enters your brain.

It can be hard to assess how serious a head injury is just by looking. Some minor head injuries bleed a lot, while some major injuries don’t bleed at all. It’s important to treat all head injuries seriously and get them assessed by a doctor.

Head injuries caused by shaking are most common in infants and small children, but they can occur any time you experience violent shaking.

Head injuries caused by a blow to the head are usually associated with:

In most cases, your skull will protect your brain from serious harm.

What Are the Major Types of Head Injuries?

A hematoma is a collection, or clotting, of blood outside the blood vessels. It can be very serious if a hematoma occurs in the brain. The clotting can cause pressure to build inside your skull, which can cause you to lose consciousness.

A hemorrhage is uncontrolled bleeding. There can be bleeding in the space around your brain, which is a subarachnoid hemorrhage, or bleeding within your brain tissue, which is an intracerebral hemorrhage.

Subarachnoid bleeds often cause headaches and vomiting. The severity of intracerebral hemorrhages depends on how much bleeding there is, but over time any amount of blood can cause pressure to build.

A concussion is a brain injury that occurs when your brain bounces against the hard walls of your skull. Generally speaking, the loss of function associated with concussions is temporary. However, repeated concussions can eventually lead to permanent damage.

Any brain injury can lead to edema, or swelling. Many injuries cause swelling of the surrounding tissues, but it’s more serious when it occurs in your brain. Your skull can’t stretch to accommodate the swelling, which leads to a buildup of pressure in your brain. This can cause your brain to press against your skull.

Unlike most bones in your body, your skull doesn’t have bone marrow. This makes the skull very strong and difficult to break. A broken skull is unable to absorb the impact, making it more likely that there will also be damage to your brain.

A diffuse axonal injury, or sheer injury, is an injury to the brain that doesn’t cause bleeding but does damage your brain cells. Though it isn’t as outwardly visible as other forms of brain injury, diffuse axonal injury is one of the most dangerous types of head injuries and can lead to permanent brain damage and even death.

What Are the Symptoms of a Head Injury?Your head has more blood vessels than any other part of your body, so bleeding on the surface of your brain or within your brain is a serious concern in head injuries. However, not all head injuries cause bleeding. It’s important to be aware of other symptoms to watch out for. Many symptoms of serious brain injury won’t appear right away. You should always continue to monitor your symptoms for several days after you injure your head.

Common symptoms of a minor head injury include:

When Does a Head Injury Require Medical Attention?

Head injuries shouldn’t be taken lightly. See your doctor right away if you think you have the symptoms of a serious head injury.

In particular, you should always call 911 or go to an emergency room if you experience loss of consciousness, confusion, or disorientation. Even if you don’t go to the ER immediately after the accident, you should seek help if you still have symptoms after a day or two.

In the case of a potentially serious head injury, you should always call 911. Motion can sometimes make a head injury worse, and emergency medical personnel are trained to move patients carefully without causing more damage.

Diagnosing a Head InjuryOne of the first ways your doctor will assess your head injury is with the Glasgow Coma Scale (GCS). The GCS is a 15-point test that assesses your mental status. A high GCS score indicates a less severe injury.

Your doctor will need to know the circumstances of your injury. Often, if you have suffered a head injury, you won’t remember the details of the accident. If it’s possible, you should bring someone with you who witnessed the accident. It will be important for your doctor to determine if you lost consciousness and for how long if you did.

Your doctor will also examine you to look for signs of trauma, including bruising and swelling. You’re also likely to get a neurological examination, in which your doctor will evaluate your nerve function by assessing your muscle control and strength, eye movement, and sensation, among other things.

Imaging tests are commonly used to diagnose head injuries. A CT scan will help your doctor look for fractures, evidence of bleeding and clotting, brain swelling, and any other structural damage. CT scans are fast and accurate, so they’re typically the first type of imaging you will receive. You may also receive an MRI scan, which can offer a more detailed view of the brain. An MRI scan will usually only be ordered once you’re in stable condition.

Head injury – first aidA head injury is any trauma to the scalp, skull, or brain. The injury may be only a minor bump on the skull or a serious brain injury. Head injury can be either closed or open (penetrating).

Head injuries may cause bleeding:

Head injury is a common reason for an emergency room visit. A large number of people who suffer head injuries are children. TBI (traumatic brain injury) accounts for over 1 in 6 injury-related hospital admissions each year.

Common causes of head injury include:

Most of these injuries are minor because the skull protects the brain. Some injuries are severe enough to require a stay in the hospital.

Head injuries may cause bleeding in the brain tissue and the layers that surround the brain (subarachnoid hemorrhage, subdural hematomata extradural hematoma).

Symptoms of a head injury can occur right away. Or symptoms develop slowly over several hours or days. Even if the skull is not fractured, the brain can hit the inside of the skull and be bruised. The head may look fine, but problems could result from bleeding or swelling inside the skull.

The spinal cord is also likely to be injured in any serious trauma.

Learning to recognize a serious head injury and give basic first aid can save someone’s life. For a moderate to severe head injury, CALL 911 RIGHT AWAY.

Get medical help right away if the person: Then take the following steps:

A serious head injury that involves bleeding or brain damage must be treated in a hospital.

Your health care provider will explain what to expect, how to manage any headaches, how to treat your other symptoms, when to return to sports, school, work, and other activities, and signs or symptoms to worry about.

Both adults and children must follow the health care provider’s instructions about when it will be possible to return to sports.

Treating a Head InjuryThe treatment for head injuries depends on both the type and the severity of the injury.

With minor head injuries, there are often no symptoms other than pain at the site of the injury. In these cases, you may be told to take acetaminophen (Tylenol) for the pain. You shouldn’t take nonsteroidal anti-inflammatory drugs (NSAIDs), such as ibuprofen or aspirin, because they can make any bleeding worse. If you have an open cut, your doctor may use sutures or staples to close it. They’ll then cover it with a bandage.

Even if your injury seems minor, you should still watch your condition to make sure it doesn’t get worse. It isn’t true that you shouldn’t go to sleep after you have injured your head, but you should be woken up every two hours or so to check for any new symptoms. You should go back to the doctor if you develop any new or worsening symptoms.

You may need to be hospitalized if you have a serious head injury. The treatment you receive at the hospital will depend on your diagnosis.

The treatment for severe head injuries can include:

If you have suffered a severe brain injury, you may be given anti-seizure medication. You’re at risk for seizures in the week following your accident.

You may be given diuretics if your injury has caused a buildup of pressure in your brain. Diuretics cause you to excrete more fluids. This can help to relieve some of the pressure.

If your injury is very serious, you may be given medication to put you in an induced coma. This may be an appropriate treatment if your blood vessels are damaged. When you’re in a coma, your brain doesn’t need as much oxygen and nutrients as it normally does.

It may be necessary to do emergency surgery to prevent further damage to your brain. For example, your doctors may need to operate to remove a hematoma, repair your skull, or release some of the pressure in your skull.

Although no child is injury-proof, parents can take some simple steps to keep their children from getting head injuries.

Not all head injuries can be prevented. But the following simple steps can help keep you and your child safe: It’s not always possible to avoid getting gastroenteritis, but following the advice below can help stop it spreading:

Take extra care when travelling to parts of the world with poor sanitation, as you could pick up a stomach bug. For example, you may need to boil tap water before drinking it.

Young children can have the rotavirus vaccination when they’re two to three months old, which can reduce their risk of developing gastroenteritis. 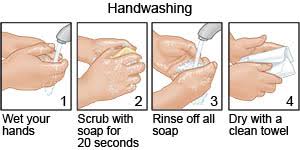 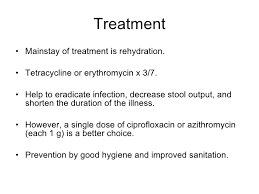