They aren’t really stones. They’re pieces of solid material that form in the gallbladder, a small organ located under the liver.

You might not even know you have them until they block a bile duct, causing pain that you need to get treated right away.

The two main kinds are:

There may be several reasons, including:

Bile can be part of the problem. Your body needs bile, but if it has too much cholesterol in it, that makes gallstones more likely.

It can also happen if your gallbladder can’t empty properly.

Pigment stones are more common in people with certain medical conditions, such as cirrhosis (a liver disease) or blood diseases such as sickle cell anemia.

You’re more likely to get gallstones if:

You’re obese. This is one of the biggest risk factors. Obesity can raise your cholesterol level and also make it harder for the gallbladder to empty completely.

You take birth control pills, hormone replacement therapy for menopause symptoms, or are pregnant. The extra estrogen is the problem. It can increase cholesterol and make it harder for the gallbladder to empty.

You have diabetes. People with this condition tend to have higher levels of triglycerides (a type of blood fat), which is a risk factor for gallstones.

You take medicine to lower your cholesterol. Some of these drugs boost the amount of cholesterol in bile, which may increase your chances of getting cholesterol stones.

You lost weight too quickly. Your liver makes extra cholesterol, which may lead to gallstones.

You’re fasting. Your gallbladder may not squeeze as much.

What Are the Symptoms?

You might not notice anything, or even know you have gallstones, unless your doctor tells you. But if you do get symptoms, they usually include:

How Do Doctors Diagnose Them?

If your doctor thinks you may have gallstones, he’ll give you a physical exam. You may also get:

Blood tests to check for signs of infection or obstruction, and to rule out other conditions.

Ultrasound. This quick procedure is done in your doctor’s office, and it makes images of the inside of your body.

CT scan. Specialized X-rays allow your doctor to see inside your body, including your gallbladder.

Magnetic resonance cholangiopancreatography (MRCP). This test uses a magnetic field and pulses of radio-wave energy to make pictures of the inside of your body, including the liver and the gallbladder.

Cholescintigraphy (HIDA scan). This test can check on whether the gallbladder squeezes correctly. Doctors inject a harmless radioactive material, which makes its way to the organ. The technician can then watch its movement.

Endoscopic ultrasound. This test combines ultrasound and endoscopy to look for gallstones.

Endoscopic retrograde cholangiopancreatography (ERCP). The doctor inserts an endoscope through your mouth down to the small intestine and injects a dye to allow the bile ducts to be seen. He can often then remove any gallstones that have moved into the ductsGallstones can lurk inside your gallbladder. Many people have gallstones and never know it. Gallstones are hard deposits in your gallbladder, a small organ that stores bile, which is a digestive fluid made in the liver. Gallstones may consist of cholesterol, salt, or bilirubin, which is discarded red blood cells. Gallstones range in size. They can be as small as a grain of sand or as large as an apricot.

Bilirubin is a chemical produced when your liver destroys old red blood cells. Some conditions, such as cirrhosis of the liver and certain blood disorders, cause your liver to produce more bilirubin than it should. Stones form when your gallbladder cannot break down the excess bilirubin. These hard substances are also called pigmented stones.

Your gallbladder needs to empty bile to be healthy and function properly. If it fails to empty its bile content, the bile becomes overly concentrated, which causes stones to form.

Who Is at Risk for Gallstones?

While your body produces cholesterol naturally, you can also take in excess cholesterol through your diet. Many risk factors for gallstones are related to diet. These include:

Other risk factors include:

Don’t stop taking any medicines unless you have discussed it with your doctor.

What Are the Symptoms of Gallstones?

You may not experience any symptoms if you have gallstones. According to the American College of Gastroenterology (ACG), 80 percent of people who have gallstones don’t have any pain at all. These are called “silent” gallstones. Your doctor may find these stones in your gallbladder from X-rays or performing surgery on your abdomen.

Some people do have gallstone symptoms. The most common symptom of gallstones is pain in the right upper quadrant of your abdomen. The pain often radiates to your back or right shoulder or shoulder blade.

What Are the Stages of Gallbladder Disease?

Extreme gallstone pain is known as a “gallbladder attack.” This extreme pain lasts more than one to two hours. Gallstones themselves don’t cause this pain. It occurs when the gallstones block the movement of bile from the gallbladder. This doesn’t usually happen overnight. Instead, there are three stages that lead to the attack.

According to the American College of Gastroenterology (ACG), the risk of silent gallstones causing a gallbladder attack is 1 percent annually. For every 100 people that have silent gallstones, 10 of those people will have an attack within a decade.

How Are Gallstones Diagnosed?

Your doctor will perform a physical examination that includes checking your eyes and skin for visible changes in color. A yellowish tint in your skin or eyes may be signs of jaundice. Too much bilirubin in your body causes jaundice.

The examination may involve using diagnostic testing to see inside your body. These tests include:

Ultrasound tests produce images of your abdomen. This is the preferred imaging method to initially confirm that you have gallstone disease.

This is an imaging test that takes pictures of your liver and abdominal region.

This is a very important scan that takes about one hour to complete. A specialist injects a radioactive substance into your veins. The substance travels through your blood to the liver and gallbladder. It highlights any infection or blockages in these organs.

Your doctor may order blood tests that measure the amount of bilirubin in your blood. The tests also help determine how well your liver is functioning. 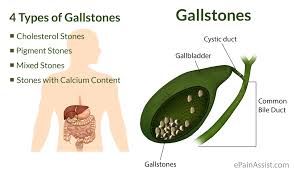 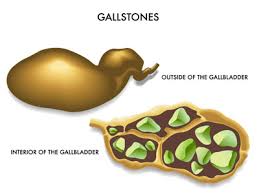 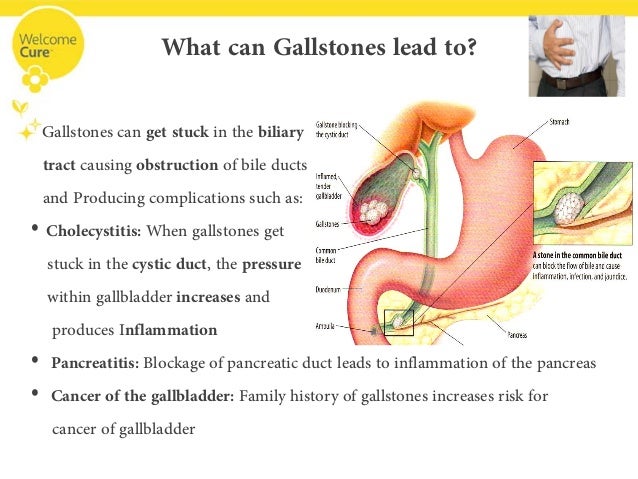 Many people with gallstones get surgery to take out the gallbladder. There are two different kinds of operations.

Laparoscopic cholecystectomy. This is the more common procedure. The surgeon passes instruments, a light, and a camera through several small cuts in the belly. He views the inside of the body on a video monitor. Afterward, you spend the night in the hospital.

Open cholecystectomy. The surgeon makes bigger cuts in the belly to remove the gallbladder. You stay in the hospital for a few days after the operation.

If gallstones are in your bile ducts, the doctor may use ERCP to find and remove them before or during gallbladder surgery.

If you have a medical condition and your doctor feels you shouldn’t have an operation, he may prescribe the medications chenodiol (Chenix), ursodiol (Actigall), or both. These drugs work by dissolving cholesterol stones. Mild diarrhea can be a side effect.

The downside of using either medication is that you may have to take it for years to completely dissolve the stones, which may come back after you stop taking the drug.

How Are Gallstones Treated?

Your doctor may use any of several treatment options to remove stones or improve your condition.

Surgery is often the first option if you have significant symptoms.

You usually go home on the day of the procedure if you have no complications.

Drugs that dissolve gallstones caused by cholesterol are an option if you cannot undergo surgery. These medications may take several years to eliminate the gallstones.

Much like an appendix, a gallbladder isn’t necessary for a person to live a full and healthy life. However, you may have loose or watery stools after gallbladder removal.

This diarrhea occurs because removing a gallbladder involves rerouting the bile from the liver to the small intestine. Bile no longer goes through the gallbladder after surgery and it becomes less concentrated. The result is a laxative effect that causes diarrhea. If you eat a diet lower in fats, less bile will be released. Examples of dietary steps you can take include:

You can’t prevent gallstones, but you can reduce your risk with lifestyle strategies. Eat a balanced diet. Don’t skip meals. Drink sufficient amounts of water each day to keep your body hydrated. If you plan to lose weight, do it slowly. Aim to lose no more than two pounds per week. Rapid weight loss may increase your risk of gallstones and other health problems.